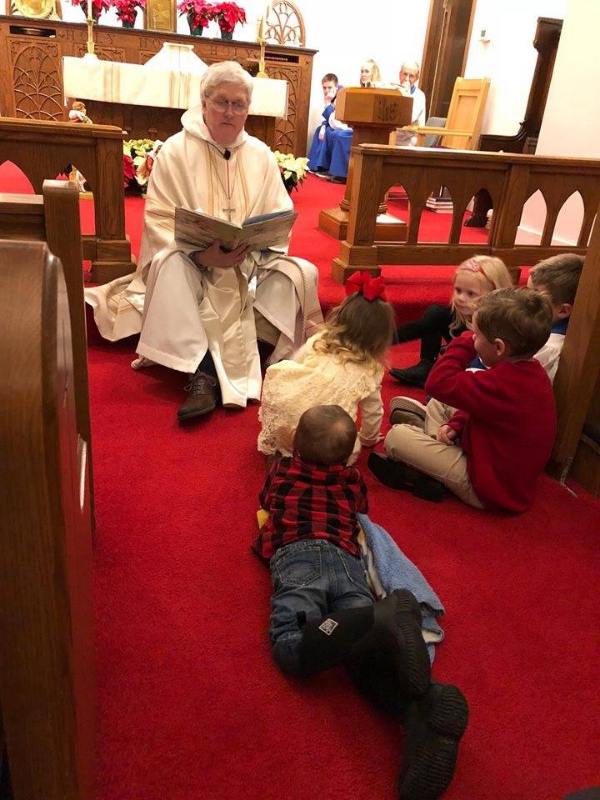 St. Paul’s Church in Gladwin, Michigan, is part of a worldwide community of churches.  In the United States we are called the Episcopal Church; elsewhere we are most often called the Anglican Church.  The Anglican Communion is the second largest denomination in the world.

Regardless of locale we are a people drawn together by a common loyalty to: (1) the importance of the Holy Scriptures as the revealed Word of God, (2) adherence to the Apostle’s and Nicene Creeds as sufficient statements of Christian belief, (3) the practice of Baptism and the Holy Eucharist as the ongoing symbols of Christ’s Church, and (4) the continuation of the Apostolic Ministry of bishops, priests, and deacons in the life of the Church.

In addition to these broad loyalties, the Episcopal Church recognizes a wide variety of ways Christians can express their spiritual life.  Worship can be full of pageantry like a royal wedding at Westminster Abbey in England or as a simple and quiet as a monastic service of Compline at the end of a long day.  Some congregations seem more Roman Catholic than the typical Catholic church; while others have their own version of Pentecostalism.

At St. Paul’s our worship is contemporary and loaded with congregational singing.  We dress informally but take our worship seriously.  Children are included and their voices heard and respected.  As a small congregation, we tend to me more intimate and in worship we can be intentional about caring for one another.  Everyone’s efforts are welcomed and needed.  Services last about one hour and are followed by a coffee hour.  The last Sunday of the month the service is shortened and instead of a coffee hour we have Messy Church and a Pot Luck Supper.  Messy Church is an opportunity for people of all ages to together explore an aspect of the Christian way of life, and always involves a craft project (the messy part).

St. Paul's believes in service to the wider community and supports a variety of programs. However, we do have two special interests: the welfare of children and the stewardship of the environment.  For example, since our country has a significant number of families at "food risk", on Fridays Backpack Buddies sends food home with school children to make sure they have something to eat over the weekend.  As good stewards of the environment, we have worked hard to achieve a 94% energy efficiency rating and have been awarded the Environmental Protection Agency's Energy Star Certification. We put in a French drain to collect the water from our parking lot and put it directly into the ground, thus relieving the community sewer system and supporting the ground water level.  Plans are underway to install solar panels to provide most of our electricity.

Sometimes churches seem to use their own special language.  Here's a glossary of typical Episcopal Church terms (there will not be a quiz):  https://www.episcopalchurch.org/general-convention-glossary